Post Scriptum-Aslı Erdoğan, who has been arrested by law enforcement due to her links and articles appeared in the daily Özgür Gündem, is one of the world’s most notable novelists.  Her only wish for her country is to live in a better, more democratic and civilized society and produces work towards this wish while promoting Turkish literature globally.

• “The Great Wall of Calais” cost: £2m
• Numbers of children who could be legally brought to the safety of their families for the price of the wall: 1000
• 30 children reported missing by the Refugee Youth Service are currently still missing or unaccounted for

A 14-year-old boy was killed in the early hours of September 16th, on the motorway in Calais trying to reach his family in the UK. He was hit by a car. The driver did not stop. Many other children witnessed his violent death. He had already started the legal process under the Dublin 3 regulation for family reunification, but he had been waiting for so long he lost faith in the system and thought his only option was to risk his life in order to finally reach safety.

Like the children still trapped in the Calais Jungle, he is likely to have experienced enormous hardship, deteriorating mental health, police violence, hunger and the feeling utterly hopeless. Feeling that he had no rights as a human and as a child, that he was not worth the protection of any state, not worth any help.

The French authorities have announced that the Calais Jungle will be razed to the ground very soon, in a quick sweep of destruction. They have yet to make any provisions available for the protection of over 1000 children without family who live here. They have been systematically rejected when they sought protection, turned away from safe accommodation, turned away when they tried to seek asylum. The system is saturated, the authorities always say, and yet no solutions have been planned or acted upon.

When the Refugee Youth Service, the only active child protection and safeguarding agency in the Jungle, report a minor missing, the answer they receive is usually “we won’t do anything, he is one of many”. There is no obligation for state funded protection agencies to report a missing child without papers, prioritising his the lack of a piece of paper, rather than all national, European and international legislation for the rights of the child, or that fact that he is just this – a child.

The death of this young boy is not the first. But how long will government officials wait, how many more have to die, in order to make his death the last?

The Dubs amendment was passed in the British Parliament in May 2016 after enormous public support. So far, not a single child has been relocated to the UK under this provision, while the numbers keep increasing, while eligible children are aging out, while officials appear to be deliberately trying to wash their hands of these children. They seem to be deliberately neglecting them, in order to use them as pawns in a political game of blaming each other for not taking responsibility. The UK Government committed to relocating 300 unaccompanied children in time for school. That time is long gone now.

These children face unimaginable horrors. As young as 8, children who are alone in the Jungle sleep in flooded tents, their clothes soaked to the bone every night, they are beaten, shot with rubber bullets and pepper sprayed by men who should protect them, they have answered a thousand questions to determine their worth within a broken legal and political system that doesn’t care, they go to sleep hungry, scared and hopeless.

They live in a slum with a population of 10188 people, many of whom were children at the start of their journey, many of whom are waiting to enter the French asylum system, but given no support, accommodation or information, many of whom are told “there is no space for you”.

From those Help Refugees surveyed on their experience with the French asylum system, 52% reported issues such as being provided no accommodation, long waits of up to 8 months, being turned away from buses to accommodation centres, and being given no information about the process and their status. Of responses about not being able to get on buses going to accommodation centres, 32% reported issues such as trying repeatedly and being turned away, being told there is no space and having slept overnight on the ground by the bus stop only to be told there is no space.

They wait, they get angry, they lose hope, and some die. This boy was the 13th death at the border this year. The first one this year was Masud, only 15, also in the process to legally join his sister in the UK. He also couldn’t wait. He also risked his life and died clinging on to his last hope.

During the violent demolition of the Southern half of the camp in March this year, 129 children could no longer be accounted for. No one looked for them. They joined the 10,000 missing refugee children across Europe. How many more to die? How many more to go missing? How much longer do they have to wait?

Amber Rudd has said in an exchange with Stella Creasy MP that these children “are not forced to come to the UK to find a bed, that they can claim asylum in France and the French state are happy to do that”. The reality we see on a daily basis is that while the French state may be happy to do so, they cannot, they do not have the capacity, they do not have the political will to actually act on their promises.

Refugee Youth Service report “Nowhere to Go”, published August 2016: A 16-year-old boy who arrived in the Calais camp and had nowhere to stay wanted to go to Saint-Omer and claim asylum in France. He was told there was no room and that he must wait in the camp. He had no alternative option other than to move into a tent with people he did not know.

Defenseur des Droits (Office of the Defender of Rights, following repeated visits to the Jungle) report:
(http://www.defenseurdesdroits.fr/…/decision_2016-198_pdf.pdf)
Recommends as a matter of urgency the creation of day time and night time accommodation provisions for unaccompanied minors, following the same recommendation in April 2016, which has not yet been acted upon.

Project AMINA, funded by the government and managed by La Vie Active, meant to accommodate only 72 unaccompanied children will start construction in November. 72 of 1022 and growing. No other plans have yet been made.

FTDA (France Terre d’Asile, a government funded and UNHCR mandated child protection agency) have found 871 unaccompanied children on the 26th of August (http://www.france-terre-asile.org/…/communique-recensement-…), however, their centres of accommodation for these minors are as they say “over-saturated” and have been systematically been turning children away, that had been taken by the Refugee Youth Service to access safe accommodation.(Sources Help Refugees-L’Auberge des Migrants- L’Auberge des Migrants International-refugeerights.org.uk) 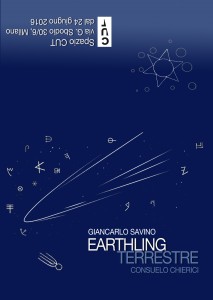 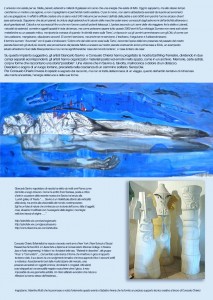 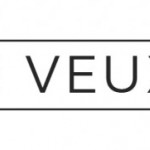 #34 Mars, place de la République: A human microphone, also known as the people’s microphone, is a means for delivering a speech to a large group of people, wherein persons gathered around the speaker repeat what the speaker says, thus « amplifying » the voice of the speaker without the need for amplification equipment. 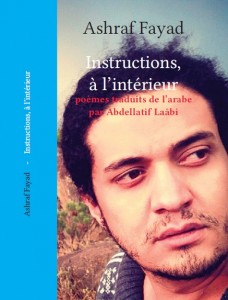